As the development of the prototype comes to a close, I have implemented a few enhancements and tweaks to its systems.

Most modern titles do more than just play an animation/particle effect whenever the player gets hit or is low on health. They tend to make use of the camera as well, particularly with tweaks to its post processing. In the case of For Honor and Tom Clancy’s Ghost Recon – Wildlands: the game becomes desaturated, a red radial texture is applied on top of the viewport and the bloom intensity is pushed up a little bit. 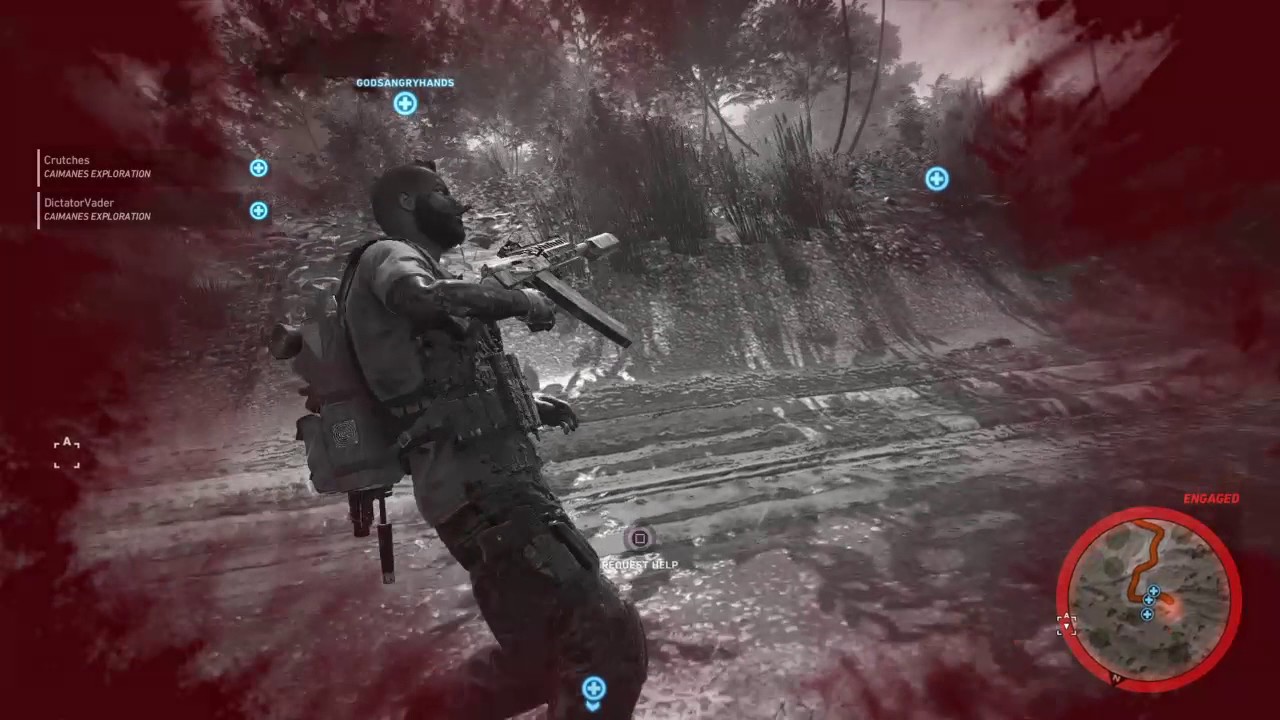 What I find with this approach however is that it often compromises the player’s visibility of the action when they need it the most, making it difficult for them to turn the situation around in their favour.

Tom Clancy’s The Division on the other hand utilises chromatic aberration to show player damage. I find it effectively communicates the player’s error while having a minimal impact on visibility:

I wanted to replicate a similar effect using the post processing I already have in place. I set up the camera script to now increase the intensity of the chromatic aberration as the player’s health depletes.

During testing, I found it was sometimes hard to make out what was the blow that killed the player. At times it just felt as if the player died randomly. To combat this, I wanted to put more emphasis on the killing blow.

Now whenever the killing blow is dealt, a large shower of blood is triggered, the game goes into slow motion for a brief period before returning to normal speed as the game resets itself for another round.

These all have minor variations in pitch whenever triggered so that it avoids the “machinegun” effect if a sound gets triggered multiple times in quick succession. I also added a wind to be played in the background which gets ducked in the sound mix whenever an important gameplay sound is triggered.